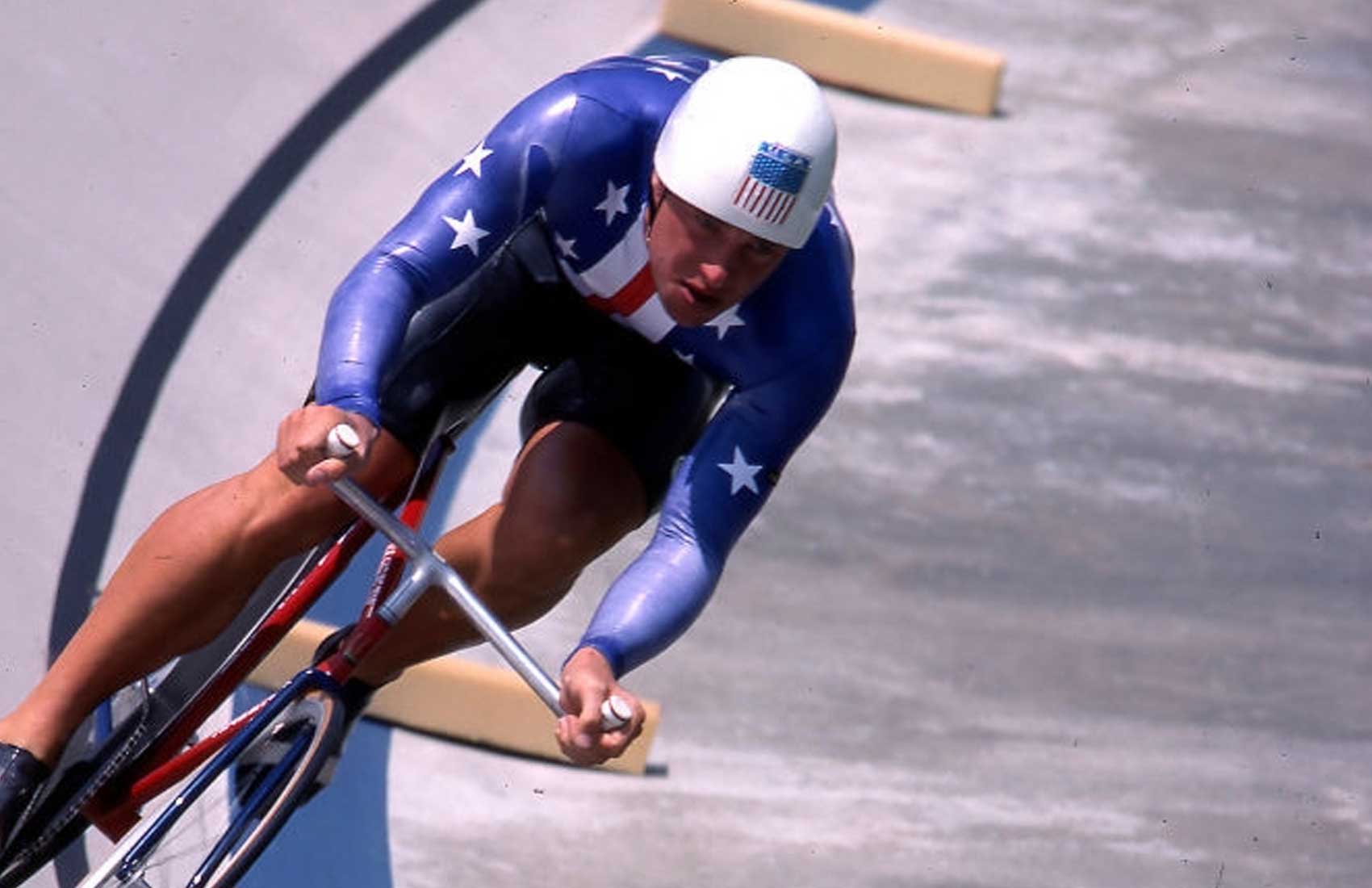 Can you remember your first introduction to sports?
I was 21/2 the first time I remember putting on skis, we lived in Mammoth. My whole family, dad, mom, step-mom, and 3 sisters all skied. I was groomed to be an athlete from the time I can remember.

Can you remember your first introduction to cycling?
Yes, it was through a book that was endorsed by Jean Claude Killy, a 5X Olympic Gold Medalist, French Alpine World Cup skier. Jean Claude motivated me to try cycling for its simulation of downhill skiing. I had tried to ride before, but my dad wouldn’t hear of it. My dad believed that if it wasn’t in writing, referring to my
training, it shouldn’t be done. But here it was in black and white, and endorsed by a skiing hero, so my dad relented. We didn’t have much money, so I bought a used $69 ten speed bike for $14, and I rode in the local endurance races in my hometown of Red Deer, Alberta. Eventually, I got good enough, and qualified to race with the National Canadian Team at the 1980 Junior World Track Championships in Mexico. It was there that I was introduced to Eddie Borysewicz, the USA National Cycling Team Coach, and eventually I was asked to join the Junior US National Team.

How did you cope with stress and anxiety as an athlete in competition?
For me, preparation was always the key, if you were prepared well enough, there shouldn’t be any anxiety. I thrived on the competition. When I was living at the Olympic Training Center we had a sports psychologist by the name of *Dr. Andy Jacobs, he helped keep my direction pure. The only time I can actually remember being stressed was the morning of the 84 Olympics. I went to see Andy at about 4:30 in the morning, throwing up, I was so nervous.

Did you thrive on the pressure of competition?
I loved it, the adrenaline factor, I thrived on it. The euphoria of it, I drank it in like a drug. How did you stay focused in the face of personal life distractions?
I was taught discipline from a very young age, fun was fun, but work was work. It was easy to seperate the two and keep the focus where it was needed. Everything that was meaningful to most normal people was removed from my life, I was raised to be an athlete, and I stayed focused.

What drove you to bounce back in the face of setbacks?
It was just part of the deal, every ten starts you win one. You fail more than you win. My dad used to tell me that if you didn’t win, it didn’t matter, but later a coach said “anytime you plant your feet on the wood, it is a victory!” Feet on the wood refers to podium boxes and I planted my feel as much as I could.

Do you feel you had an unshakeable self belief, possessing unique qualities and abilities that made you a top athlete?
Yes. As you know, I grew up in a unique environment, groomed as an athlete at a super young age. I also have an extremely high threshold of pain, it makes a
difference.

How would you regain psychological control following an unexpected uncontrollable event, like a crash?
It was ingrained in me, you just keep moving forward. I would be happy to head home after a bad trip, but then I would get home and couldn’t wait to get on the road again.

Did you thrive on the pressure of competition?
Absolutely! I couldn’t wait for the gun to go off but I was always prepared. I lived to race my bike.

How did you remain fully focused in the face of competition, what distracted you if anything?
Nothing could distract me, I was ALWAYS all in…

The story of Steve growing up in sports is fascinating. He was kidnapped along with his sisters by his own father, and taken to Canada to live. You can read about it in an upcoming autobiography which will be published before the LA Summer Games in 2024.

Are you a business looking for more exposure? Let us help you.

Do you have any suggestions to make SCNCA better? We would love to hear from you.